The scapula bone joins with the clavicle to form the shoulder (pectoral) girdle, which connects the humerus (upper arm bone) with the thorax.

The scapula is a flattened bone whose name is derived from scapulae, the Latin word for the “shoulder blades”. This term was likely modified from the Greek verb skaptein, meaning to dig, because the bone’s flattened shape resembles a trowel or small shovel.

There are several important anatomical landmarks on the scapula. Most are attachment points for muscles that either stabilize the scapula or move the humerus.

Location of the Scapula Bone

The scapula also has two prominent projections. Toward the lateral end of the superior border, between the suprascapular notch and glenoid cavity, is the hook-like coracoid process (coracoid = “shaped like a crow’s beak”). This process projects anteriorly and curves laterally. At the shoulder, the coracoid process is inferior to the clavicle’s lateral end. It is anchored to the clavicle by a strong ligament and serves as the attachment site for muscles of the anterior chest and arm.

On the posterior aspect, the spine of the scapula is a long and prominent ridge that runs across its upper portion. Extending laterally from the spine is a flattened and expanded region called the acromion or acromial process. The acromion forms the bony tip of the superior shoulder region and articulates with the lateral end of the clavicle, forming the acromioclavicular joint. Together, the clavicle, acromion, and scapular spine form a V-shaped bony line that provides areas of attachment for neck and back muscles that act on the shoulder. These areas also are also attachment sites for the muscles that pass across the shoulder joint to act on the arm.

The scapula has three depressions, each of which is called a fossa (plural = fossae). Two of these are found on the posterior scapula, above and below the scapular spine. Superior to the spine is the narrow supraspinous fossa, and inferior to the spine is the broad infraspinous fossa. The scapula’s anterior (deep) surface forms the broad subscapular fossa. All of these fossae provide large surface areas for the attachment of muscles that cross the shoulder joint to act on the humerus. 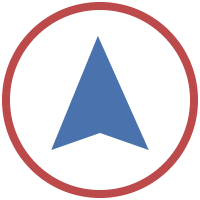